About Us, Advisory Board, Farmers & Cooperatives, New Team Members, Nigeria

We welcome Mr. Osifeso Olanrewaju to the Go Africa Team!

We are pleased to welcome Mr. Osifeso Olanrewaju to the Go Africa team.

Mr. Osifeso Olanrewaju will serve as Advisory Board member, with a focus on the  Agricultural sphere (farming, processing and processing)  for Nigeria and global markets.

Mr. Osifeso Olanrewaju is an entrepreneur with a drive for Private Sector Development. He is into plantation farming, food processing and consultancy. He owns a number of medium-sized commercial farms in Ogun and Oyo State.

The company also owns the 2450 hectares San Jose (cashew & cassava farm) Nig Ltd and he is the initiator of the GreenHills Farmstead project (a project that supports and establishes over 1500 farm owners in Nigeria).

Mr. Osifeso Olanrewaju is the co-founder of Onalar Farms. His quick adeptness was a product of dynamic and vast wealth of experience from Finance, Tech and agribusiness sectors.

We are pleased to announce an extended MOU and partnership between Go Africa Global and San Jose (cashew farms) Nigeria Ltd. this Collaborative partnership will allow us to bring current commodities and new and innovative products and solutions to the Nigerian and world Markets.

This partnership demonstrates the potential of full market collaboration for agricultural solutions for Africa and the world markets.

It is an integrated cashew, cassava and soya beans farm established on over 3000 hectares of arable land.

San Jose (farms) Nigeria. Ltd has an outlook to develop the value chain of cash crops across Africa. We own and operate commercialized cashew, cassava and soya bean farms across Ogun State, Nigeria. Starting with its cashew plantation on 1000 acres, San Jose (cashew farms) has grown to become one of the largest cashew plantations in West Africa with an average of 39,000 fruiting trees. The farm has the capacity to expand its cashew plantation to 10,000 hectares.

San Jose (farms) is committed to being a consistent and reliable supplier of quality produce to its customers and this is done by:

4 Through deliberate and strategic partnerships

Each Go Africa product has a story that emphasizes our customer commitment to Fair Trade, High Quality (FTHQ) products sourced and produced in Africa. For B2B & B2C markets globally.

Go Africa is after the CURIOUS CONSCIOUS CONSUMER (CCC). This means customers who are willing to try new products and desire awareness and information about them which ultimately creates net new global demand for our products.

We welcome Mr. Emeka Uzomba to the Go Africa Team!

We pleased to welcome Mr. Emeka Uzomba as a part of the Go Africa Team.

Mr. Emeka Uzomba will serve an advisory board member brings a wealth of experience in the areas of financial and structured investments for Nigeria and global markets..

Again, we welcome Mr. Uzomba to the team and the wealth of experience that he brings. 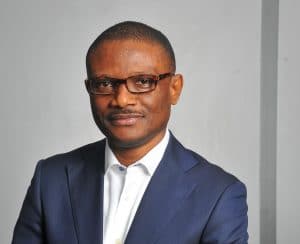 Mr. Uzomba was a General Manager at Nova Merchant Bank Limited in charge of business development with responsibilities for the bank’s structured and specialized businesses including Oil & Gas, Maritime, Telecoms, Agribusiness, Infrastructure and Public Sector Groups. Prior to that, he was the Group Treasurer and Head of Financial Institutions at Diamond Bank Plc, a position he held for several years having joined Treasury early in his career as a trainee Dealer and rose through the ranks before his appointment as the Treasurer. He also has experience leading on strategy, special initiatives, advisory work, market development, capacity building and risk management.

Mr. Uzomba holds an MBA in Banking & Finance from the University of Nigeria (Enugu Campus) and Bachelor of Science degree in Geography & Meteorology from the Anambra State University of Technology, Enugu.

Go Africa attended The Meet the Farmers Conference this year in Dubai, U.A.E.  Our President, Dr. Dennie M. Beach,  was one of the speakers and Go Africa LLC and our company won the Award for Business Excellence for commercial trade between Africa and other countries.

A seed Dennie Beach planted five years ago is about to bear fruit — or to be more accurate beans and nuts.

Dennie is the president of Go Africa LLC, which will begin processing cocoa beans, coffee beans, cashews and peanuts in a production facility in Ghana this fall.

Go Africa isn’t stopping in Ghana. The plan is to open a dozen facilities across Africa in the next five years — all part of Dennie’s effort to build an international commodities business and bring economic opportunity to the continent of his forefathers.

Although his family came to America more than 250 years ago, Dennie is 100 percent African — a fact the Microsoft alum discovered six years ago when he took a DNA test to satisfy his curiosity.

By that time Dennie was already helping better the lives of Africans here and in their home countries. He chaired the board of the African Services Committee, a nonprofit based in New York, from 2008 to 2012 before joining like-minded friends to start the nonprofit Go Africa Network and the for-profit Go Africa LLC in 2014.

Dennie and his friends took matters into their own hands because they wanted to do more than raise money, give money and share their contacts — the primary role of nonprofit board members, Dennie said.

“As a board member, you can give your advice, but they won’t necessarily act on it,” Dennie said.

“We decided to form our own nonprofit to get done what we wanted done…health and economic development.”

What they didn’t want to do was “bail the ocean,” said Dennie, borrowing a Microsoft mantra for spreading yourself too thin in an attempt to meet every need. “That’s how we’ve been able to stay focused on economic development and health and punt other things that would be nice to do but are … a waste of our resources.”

The nonprofit Go Africa Network works to raise awareness and establish relationships to address health issues and expand trade opportunities via fairs, forums and social media and through public-private partnerships.

One example is the annual Go Africa Carnival held in Harlem, N.Y., which showcases the unique products and culture of the city’s African and Caribbean communities.

Go Africa LLC — and its affiliate Go Africa Trading — is the commercial counterpart of the Go Africa Network. This for-profit venture is not so much about the where — Africa — as it is about the why. “It’s a good business opportunity,” Dennie said.

Africa is bursting with commodities that are ripe for export — a bonanza Dennie discerned on his first trip to the continent in 2013. Go Africa began by processing coffee beans from Africa at a roastery in New York and selling them in eight-ounce bags on Amazon. Then came cashews, cocoa and peanuts.

Now those commodities will be processed in Africa and sold as retail products — either under the Go Africa brand or a private label — or supplied in bulk to wholesalers. The initial facility in Ghana will train and employ up to 60 people from the surrounding community.

“We are starting with commodities that are just everywhere,” Dennie said. “It’s not like we’re going to have a supply problem. We’re starting with something that they know.”

Dennie worked for Microsoft from 1997 to 2006 starting as a partner program manager and finishing as a global services manager, which involved coordinating sales, service and deployment of Microsoft enterprise technologies for several major accounts.

His biggest takeaway from his time there: “Being first is not necessarily being best. Just do the right thing even if you’re not successful at first.”

Doing the right thing means delivering what you promised — and even things you didn’t promise if the customer thinks you did. “That way you don’t have to run from them at the airport,” he said with a laugh.

Dennie grew up with a thing for databases and began his career as a software quality engineer for what is now Accenture. He has four college degrees: a bachelor’s in economics from Northeastern Illinois University, a master’s in technology management from New York University and a master’s in business administration and a Ph.D. in public administration from Walden University.

After founding Go Africa in 2014, Dennie wore two hats for four years before leaving Dell EMC to devote himself to Go Africa’s success — a leap he will never second guess regardless of the outcome.

“Why wait when you can be in control,” he said, “and if it fails, at least fail at something you really wanted to do.”

The notice services as official publication of receipt of REOI for evaluation and the processes for such evaluation (ranking, scoring, rules,etc).

The Consulting Services to be provided for the study will, inter alia, cover:

The Consultant is required to undertake a detailed assessment of the Nigerian Cashew and nut agriculture sector in relation to The Company’s business. The Consultant’s study should comprise of a review of specialist research of relevant industry prospects, expected trends, competitor information and economic data, discussions with the Company’s personnel and the Company’s own records and data sources as available.

The market report should include market size and key industry trends, growth drivers and opportunities, customer segments and their evolving needs, a regulatory analysis, impact of evolving technology and the competitive environment. The aim of the report will be to examine and address the following critical questions;

The Company will provide a detailed plan regarding their distribution/marketing strategy. The Consultant will be required to opine from an independent point of view on the feasibility of the proposed marketing plan in light of current demand and any anticipated developments in the market. To achieve this, the Consultant is required to undertake the following:

In addition to a detailed section on the above listed items, the market report should also include but not be limited to the following;

Review and opine on the Financial Model prepared for the expansion of the capacity in light of the company’s current position and expected commercial developments in the Cashew sector:

The Consultant is also required to act as an independent environmental and social specialist that will carry out an Assessment of the Project with the following objectives:

Request for expression of interest:

The Request for Expression of Interest (REOI) was published in the local newspaper and on  AFDB and UNDB website, Below is the list of express of interested firms who submitted  their interest to participate to the assignment of feasibility studies commissioned by [Go Africa LLC / GOAE Trading Limited] showing those that responded and otherwise.

In order to complete a transparent to thorough evaluation of the various EOI received, GOAE Trading Limited / Go Africa LLC has put together a Selection Committee constituted of several team members, whose skills and responsibilities would cover a wide range of fields hence ensure more efficient selection process. (Should include a minimum of three and in proportion of odd numbers. The essence is should there be need for voting, there should not be an even chance both ways. Normally we include: an expert in the subject matter, User department member and the procurement officer as secretary, (if any). The CEO GOAE Trading Limited  is not a member of the committee, since s/he has the approval right for internal control sake.

The Selection Committee is constituted 5 members whose unique responsibility is to commonly assess the EOI and score them against the Evaluation criterion spelt out in the TOR.

Members of the Selection Committee are:

We are happy to announce the establishment of our new regional, corporate office in Lagos Nigeria!.

The new regional, marquis, corporate office in Lagos will allow Go Africa to grow its current and new relationships in the Nigeria and the West African region while also serving as a key platform for long term growth and expansion in Nigeria.