About Us, Middle East

Go Africa ME DMCC  is pleased to announce the addition of Ms. Anissa
Boulahya as Director  with immediate effect.  It is our good fortune
to have an individual of Ms. Anissa Boulahya’s caliber join us in leading Go
Africa successfully into the future.

It is our good fortune to have an individual of Anissa’s caliber join us in leading Go Africa successfully into the future.

Moving forward, Go Africa ME DMCC LLC and Go Africa Trading will face some unique and motivating challenges. The assurance that we will overcome these challenges is strengthened by the kind of leadership qualities Ms. Boulahya possess.

Anissa Boulahya is an African native, born in Algeria, North Africa, and
hails from a family of passionate pan-Africanists.  She has lived or spent
long periods in the African nations of Algeria, Niger, South Africa and Tunisia and is actively involved in promoting entrepreneurship and business growth on the African continent.  She is currently building out a new initiative to help African businesses from her current base in the United Arab Emirates.

Ms Boulahya currently serves as a Corporate Director with the Clearview
Group, which is a leading trading and service platform operating from Dubai, Singapore, New York, and Nairobi. She has also served in the role of Head of Business Management at First Abu Dhabi Bank, as well as, working at senior positions at the Royal Bank of Scotland and Credit Agricole CIB.

Anissa holds a graduate degree in business and finance, as well as, an
undergraduate degree in science, both from her studies in France, Spain and the UK.  Currently, she is business start-up advisor as well as an
entrepreneur, and is a co-founder and the CEO of 2 Bees International LLC, a Sharjah Free Zone company, involved in Africa inspired design, production and commercialization, corporate gifting, events organization, and the export of furniture for west Africa based hotels.

We are happy to welcome Ms. Anissa Boulahya to Go Africa ME DMCC  and look forward to her valuable contribution.

We are pleased to announce the official launch of our operations in South Africa, for the city of Asia, from Johannesburg!

South Africa currently serves as one of the leading economic and financial hubs in Africa and Southern Africa in particular. Go Africa Global Pty LTD

provides as a solid foundation for future for growth for Go Africa in the areas of commodities, consumer products,  and other materials to and from Africa & the World.

Our locations in South Africa:

We are pleased to announce the official launch of our operations in Asia, from Singapore!

Go Africa Asia PTE Limited in Singapore will serve as our Gateway HQ for the Asia Market.

With the Asia region comprising over 45% of the world’s  population and over 50% of the world’s GDP;  it’s in the pole position for growth for Go Africa for commodities, consumer products,  and other materials to and from Africa & Asia respectively.

Our locations in Singapore:

Go Africa ME DMCC  is pleased to announce the addition of Captain Solomon Quainoo as Director  with immediate effect.  It is our good fortune to have an individual of Captain Quainoo’s caliber join us in leading Go Africa successfully into the future.

Captain Quainoo would assist  in driving Commodities related business within the Middle East, JCC and beyond.

Moving forward, Go Africa ME DMCC  and Go Africa Trading will face some unique and motivating challenges. The assurance that we will overcome these challenges is strengthened by the kind of leadership qualities Captain Quainoo possess.

Captain Quainoo currently owns two new logistics companies in Ghana and is poised to extend his influence in Ghana and worldwide.  Go Africa is pleased to have him join our board as we seek to grow the business of processing and exporting from Ghana, and the wider West Africa, agricultural products such as cashews, peanuts, cocoa, coffee and other local produce.

Solomon is a Ghanaian born national and is also an airline captain flying the biggest passenger aircraft, Airbus A380 with Emirates Airlines.  Mr. Quainoo was in 2018 selected to be the captain of the first A380 flight to Ghana. This was the biggest aviation event in Africa in 2018 causing him to become a national and continental hero for Ghana and the whole of Africa.

His subsequent interview and publications in various international media, has inspired many all over the world and he is currently being asked to speak on various events around the world to inspire young and old.  He’s featured in the Ghana Civil Aviation website as a national hero.

He has worked for airlines including British Airways (IAG) and BMI as an airline pilot, and prior to that, as a design engineer for British Airways engineering and supply chain.

Captain Solomon Quainoo has managed and led various projects at British Airways including, aircraft interior re-configuration, introducing the first flat-bed seats in all long haul aircraft, and the introduction of new crew rest in Boeing 777 aircrafts.  He also helped introduce one of the modern instrument landing systems, Microwave Landing Systems (MLS) at Heathrow and Munich airports, configuring a Boeing 757 for the trials. In addition, he introduced a market management matrix for the engineering supply chain with huge cost savings to the company.

Mr. Quainoo attended the University of Ghana for his undergraduate bachelor of science (BSc) majoring in Mathematics and Physics and has a masters in engineering (MEng) in aerospace engineering at Kingston University in the United Kingdom.  He was trained at Oxford Aviation for his airline pilot qualification becoming one of the best students of his course.  He has since been selected to be the face of Oxford aviation in various international aviation magazines including Flight International and was part of a select few involved in seminars designed to coach and guide aspiring pilots.

He has been involved in various mentoring programs with Reuters in the United Kingdom and is setting up a mentoring group in Ghana to inspire young black people in particular, and others in general.

Again, we are Pound to welcome Captain Solomon Quainoo as Director, Go Africa ME DMCC.

Short promotional for Go Africa Global includes information on our products and the markets we serve:

We chose Africa because we are leveraging “First in Class” processes, technologies, and local government incentives to deliver lower cost products to the global market.

Areas of focus for competitive advantage:

Go Africa is after the CURIOUS CONSCIOUS CONSUMER (CCC). This means customers who are willing to try new products and desire awareness and information about them which ultimately creates net new global demand for our products.

Currently has operations in the following Countries:

We are pleased to announce the establishment of our new subsidiary in Europe: Go Africa Europe BV., Based in the Netherlands

Go Africa Europe BV Is led by Dr. Stefan Hendriks. Under the stewardship of Dr. Hendriks, we look forward to exciting and evolving growth in the European Union and beyond! 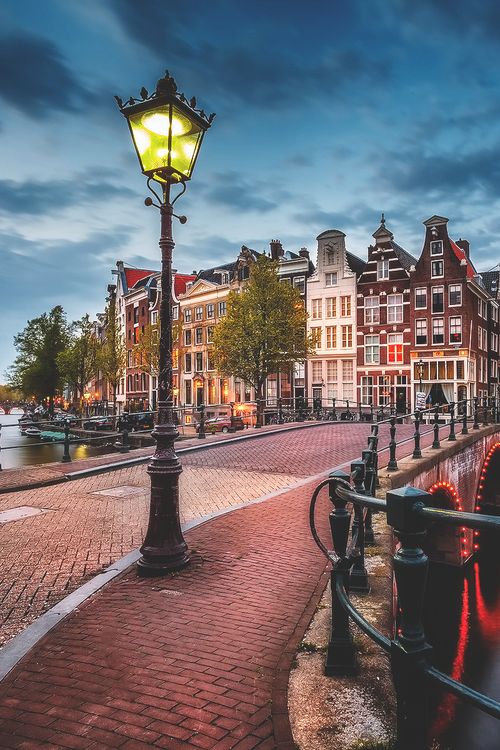 Dr. Babangida Y. Kure as lead director will provide stewardship for all activities in the United Kingdom and beyond with regard to global financial transactions.  Dr. Kure,  brings a wealth of experience in the areas of venture capital,  financial and structured investments for global markets..

Again, we welcome Dr. Kure to the team and the wealth of experience that he brings.

Dr. Babangida Yohanna Kure Specialty is an Entrepreneurial Finance with over 15 years of professional work experience. His PhD focused on the internationalization and localization of venture capital investments. Babangida was an investment analyst at Wayra, which is Telefonica’s corporate accelerator with a combined portfolio of over USD1Billion. He also held positions as a lecturer in several London Universities, where he taught Innovation Finance, Innovation Management, Strategy, Enterprise Development, and Entrepreneurial Finance. He was previously a Business Analyst before managing the Procurement unit at ENL Consortium Ltd.

Babangida also serves as an Advisor to several tech start-ups, he similarly worked as a Research Consultant, and Entrepreneurial finance consultant to several SMEs in the Europe and Africa. Babangida is experienced in managing International Projects funded by the European Union, and the World Bank. Previously, co-founded and served as the first network coordinator for the Abuja Angels Network, which is a private members-only investment club championed by Abuja Technology Village.

Go Africa & what we do: Overview

Relax, sit back and enjoy!